The TCUE project is designed to:

TCUE’s specific objectives are to:

Castilla y León has a powerful university system with 9 universities in all, 4 public and 5 private. All 9 universities or its agencies are involved in the project. 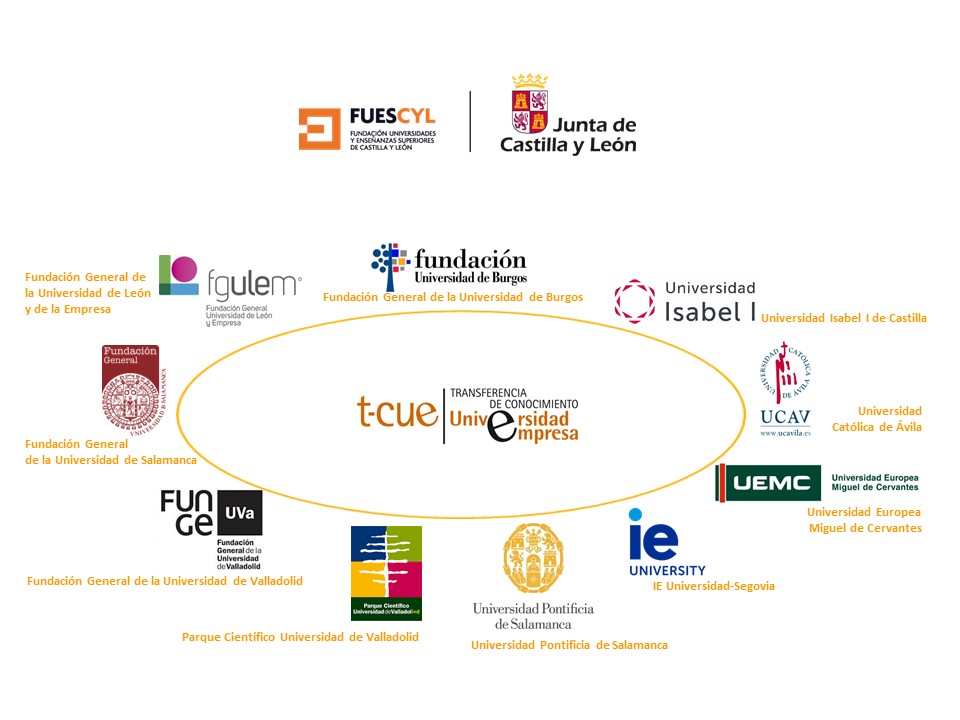 The project is financed entirely by the Regional government, which has mobilized a budget close to €14.4 million. The project was launched in 2008 and is still live. After the initial phase, the project had to be redefined to adapt it to an extremely complicated economic and budgetary context, in the midst of a profound economic crisis that is also affecting the relation between companies and universities. There are the following phases:

Historically, research and teaching have been considered the two main missions of the university. Today, however, nobody questions the role of the academic world contributing to technological development through the transfer of knowledge, what is now known as the third mission. Although the two traditional missions must be maintained, universities have to assume their role in the economy, by being capable of responding better and faster to market demands and of developing alliances that can make good use of the scientific and technical knowledge they possess. In turn, many companies have now incorporated the “open innovation” approach, based on cooperation with universities, using public research as a strategic resource and thereby consolidating the universities’ third mission. Taking this into account, the Ministry of Education of the regional Government of Castilla y León launches the University – Business Knowledge Transfer Project (TCUE).

Download attachments:
More in this category: « ¿Qué es TCUE?
back to top